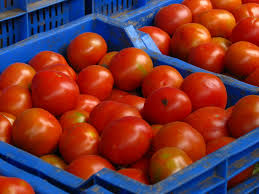 The air is heavy with the smell of milk, vanilla and coffee. The strange marriage of wrought iron dominates the decorations. The coffee-counter sports strange flasks that should belong in a lab. I am in one of the “third generation coffee shops” with snazzy names like “Overdose” or “Awake” or “Baristocrat” in downtown İzmir. The hip young people with the translucent skin of the protein-fed are throwing around words like “artisanal,” “coffee cherries,”  “latte art,” and “degassing.”

Six youths in their early twenties are indeed discussing politics, or, rather, their version of it. Words like Erdoğan, Gollum, and Putin/Potin are heard in their dialogue as they share the paper between them. It is the latest issue of Penguen, the satirical magazine whose cover has a cartoon of Prime Minister Ahmet Davutoğlu smuggled under a blanket: “At least the price of fruit and vegetables have fallen down,” he says, as he brings an orange, the traditional Vitamin C remedy for a cold, to his lips.

For İzmir’s golden youth, enjoying a Sunday afternoon in cold-but-sunny December, aRussianboat firing shots at a Turkish boat some 200 kilometers away is simply no reason to spoil the weekend. A few miles from the coffee shop, travel managers gather together to lament the possible losses to tourism if the crisis continues, but the “golden youth” in the coffee shop is unmoved.

Let’s face it: The “Russian crisis” may cause sleepless night to Turkey’s overworked Foreign Ministry, a permanent frown to the businessmen and tourism managers who have ties withRussia and a 9 billion dollar fear to Deputy Prime Minister Mehmet Şimşek, but for the keyboard-happy online Turkish community, it is just one more topic to crack jokes about.

Indeed, ever since the beginning of the Turkish-Russian crisis, professional satirists and self-styled amateurs have gone berserk on “Russian jokes.”

“So what is the difference between downing a Russian plane and going down on a Russian?” asks Turkey’s politically incorrect but outrageously funny “Ekşi Sözlük,” an online “Devil’s Dictionary.” The reference is to the great attraction Turkish men having for Russian women. The reply is ready on the same page: “Downing a Russian plane creates a crisis that makes it rather difficult for you to seduce Russian women.”

Zaytung, a website for “Honest, unbiased and unethical made-up news” has started a “readers’ survey” on what they think would happen after Turkey downed the Russianplane. The most preferred answer: “Putin would link the Russian sewage system to the natural gas pipeline that provides 55 percent of the natural gas consumption in Turkey.”

The humorists, admittedly, do not seem have a hard job – most of their jokes are cut out for them by the “the Tsar vs. the Sultan” sparring between Russian President Vladimir Putin and Turkish President Recep Tayyip Erdoğan. Add this explosive mix to the nationalists who have started their own anti-Russian campaign and it has become difficult for the average reader to differentiate what is news and what is “zaytung” – the generic name for made-up news. In all honesty, when I read that Russia was urging its citizens to go to the poles instead of the warm seas of Antalya, I believed it was a joke.

“There are times when I think that what I report on the Turco-Russian crisis should be on Facebook, not in diplomatic reporting,” said a European diplomat.

I agree with him wholeheartedly: Russian soldiers showing off guns from the deck of their boat on the Black Sea or a Russian boat firing shots at a Turkish ship, which appeared blissfully unaware of the shooting until journalists informed him, sound surreal. The Tsar vs. the Sultan barter of fighting words that include “stabs in the back” and “I’ll resign if you prove it” sounds childish. Russian politician Vladimir Zhirinovsky’s call to drop a nuclear bomb on Turkey, Turkish nationalists’ protest of Russia mistakenly in front of the Netherlands Consulate (so real men do not ask for direction), the hashtag “#PutinfearsNationalists” on twitter and a Turkish citizen suing Putin for insulting Erdoğan are downright ridiculous.

“So we will have more tomatoes to throw at politician,” quipped one of the rowdy boys in the group, as he waves his iPhone 6.

This boy’s older relatives may be more worried. According to Abdülvahap Olgun, the president of the Torbalı Trade Chamber, the farmers of this province of İzmir produce most of the dried tomatoes in Russian kitchens. Torbalı, which hosts the head offices of various international business as well as vast lands where fruit and vegetables are grown, has been one of the driving engines in the export of produce to Russia. The town hosted a large Russian business delegation from St. Petersburg earlier this year, with the ambitious overstatement: “We can provide for all of Russia.”

“We send about two thousand tons of dried tomatoes, leeks, spinach, cabbage and other vegetables to Russia annually,” said Ongun. If the crisis continues, the loss to Torbalı alone is to be around $15 million.

Ongun said they were looking for other markets, but when asked whether there were any other markets he could send the products to, he was quiet. Most Aegean producers keep up a brave front, saying that now Turkish producers would get their produce at better prices.

Russia is the second largest market for the Aegean Produce Exporters Union, though the 2014 crisis had a negative impact last year. The union has exported $25 million worth of product toRussia in the first eleven months.

If the crisis continues, Aegean tourism may be the next sector to be hit. Russians make up the largest group of tourists in the Aegean, after Germans.

“Ties with Russia means a great deal for Aegean tourism,” Ekrem Demirtaş, the strong-spoken chairman of the İzmir Trade Chamber (İZTO), said in a message to the government. In “Travel Turkey” İzmir, one of the largest tourism fairs, which took place in İzmir over the weekend, the question “What will happen if Russians do not show up in summer?” hung in the air. There were no Russian participants, which also increased the sense of alarm.

The Aegean will, admittedly, be less hit then Antalya, but Bodrum and Çeşme operators are worried already.
After all, where would Çeşme be without the garish parties of Russian billionaire Roman Abramovich?