MEET THE WOMEN IN THE SPOTLIGHT IN TURKEY’S FAILED COUP 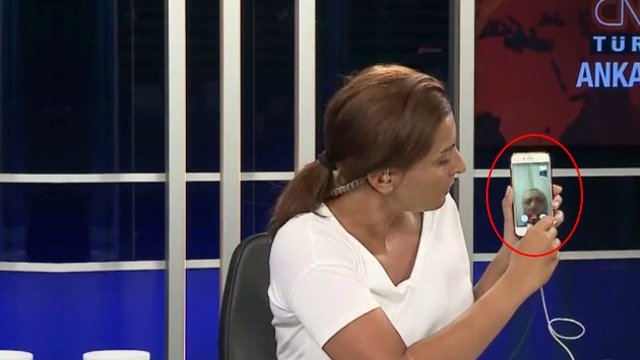 Meet the women in the spotlight in Turkey’s failed coup

Journalists, police officers, witnesses, Turkey’s women narrate their role in Turkey’s failed coup attempt - and their fears for the future

For many Turks who were anxiously following a sudden coup to unfold on the night of July 15, one of the unforgettable images was the white face of Tijen Karaş, the anchorwoman of state-run television TRT. Hands shaking, blond hair pulled back, eyes showing fear, face and voice frozen, the young woman read out from the monitor a declaration that was “an order from the Turkish Armed Forces.”
“It was the most difficult broadcast of my entire life,” she told the press later. “The armed soldiers rushed into the station, tied our hands back and threatened us with their guns.” 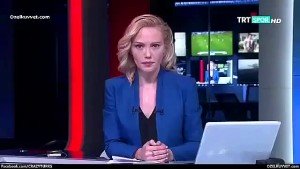 The group, which called itself “Peace in the Country Council,” was a group of the military reportedly loyalists of Fethullah Gülen, an US-based cleric who was initially a mentor of President Recep Tayyip Erdoğan, then his arch-enemy. The group holding Karaş at gunpoint made her announce the curfew and the martial law on screen around 21.30 Turkish time on July 15. The group’s declaration, reminiscent of the earlier military coups, consisted of quotes from Atatürk, the founder of modern Turkey, accusations of “treason” of the president and assurances that the public would not be harmed if they stayed home.
A few hours later, in Turkey’s most watched private TV channel CNN-TURK, another senior female journalist, Hande Fırat, put her i-phone in front of the cameras to broadcast the Face-Time with Erdoğan.
The president urged people to “take to the streets” to resist the coup and defend democracy, along with the police force, members of the military who are not part of the coup and the members of the “Special Operations Unit.”
This was a critical moment in the fight against the coup, if not actually the moment that turned the balances. Fırat, the CNN-Turk Ankara Bureau Chief, would later explain that she had called all her sources in Erdoğan’s circle as soon as she was alerted to the developments and finally suggested that Erdoğan connect through the telephone. (She has received congratulatory calls from Saudi Arabia and Oman, in addition to a unique offer over Twitter from a man offering to buy the phone for $250,000.)
After the president’s call thousands of people, carrying both the flags of Turkey and the banners of the ruling Justice and Development Party (AKP) rushed out to stage demonstrations against the coup attempt. Most were shouting “Allah-u Akbar” (God is Great).

Violence in the streets, caused by the confrontation of the angry mob with the men in uniform, some of whom were young conscripts led by coup-planners to think all of this was an exercise, continued all night. In capital Ankara, the sound of the F-16s mixed with the fighting on the streets, including bombs thrown to the parliament building. “I wish I never lived last night- when the bombs exploded at the Police Station on the parallel street and I was scared out of my wits. I wish I did not have to control my breathing when I heard my phone ring, so that I can convincingly lie to my mother in Izmir and assure her that I was alright and everything is secure here,” wrote Naz, a university student living in Ankara, in her facebook account. “I am so sad, so ashamed, and so hopeless on what happened in my country last night.”
Among the 265 dead, 1,440 wounded, there were several women, including six female officers. One of them, Zeynep Sağır, was mother of two who had just come to Turkey after an international mission in Kuwait. Several days before her death, she had posted a photo of herself with her children, with the caption: “Enough deaths.”
Women were also on the streets. Binali Yıldırım, Turkey’s Prime Minister, said that one of the most touchinbg photos he had seen was that of a headscraved women driving a truck to fight to putscists and on her left, an unscarved one. “This is a photo of solidarity to protect the democracy” he said. 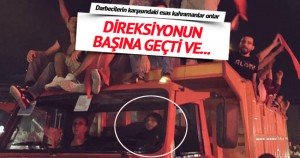 Despite the relief over the averted coup and headlines in the mainstream media that “people united against the military take-over,” the large-scale operation with 6,000 arrests, the ban on various websites and a debate to reinstall the death penalty (banned in 2002 before the AKP rule, as part of a European Union reform package) continued to cause worry among the Turks.“We have escaped the coup, but what about the lynching culture?” wrote journalist Melis Alphan as she cited instances of how the “public” or those who posed as “plain clothes police” attacked onlookers.
“The properties and women of the putschists belong to the nation now,” said a tweet from Veysel Taşkın, one of the administrators of the Trabzon Spor, a city in the North of Turkey and a stronghold of the Justice and Development Party. Faced with reaction (as well as some supportive messages) he resigned from his post and removed his tweet.
“In know that this is a single tweet from an unreflective man,” wrote Alphan. “I just wonder how many of them there are.”