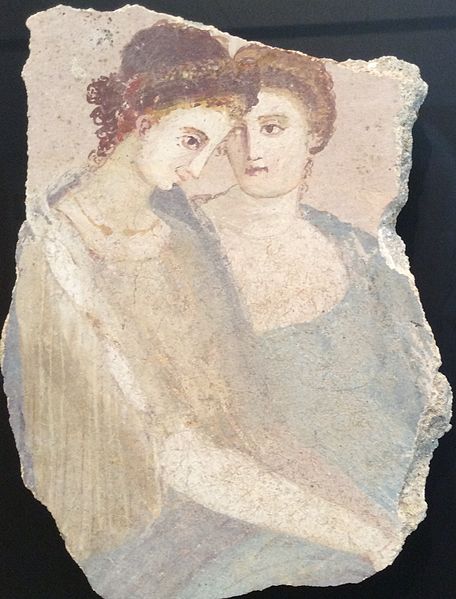 Giving advice is a Turkish hobby; very few nations can match our zeal, our altruism and our inconsistency when it comes to giving advice (though, in my experience, Israelis do come a close second). Like all Mediterranean people, our top advice is reserved to the field of love, marriage and keeping a family together.

Recent Turkey-watchers might have been amazed by the Family and Social Policies minister’s old tweet that gave advice to keep families together: “A family’s foundation is shaken to its roots if a Muslim woman does not know how to make a Turkish pastry/börek,” she said, to remind those of you who live on Mars and have not heard about it. The undeterred Turkish twitterers, of course, had a field day creating variations on the topic (“The Turkish family is shaken to the roots if the wife does not drink raki”) or making sexist digs at the new minister’s weight problem (“You are divorced and weigh a hundred kilos, then you give us carbs-full advice to save a marriage?”). My mother quickly sent the news to my sister and I, possibly torn by guilt that she taught us irony at an early age but not ironing.

But let’s start with advice from the top. President Recep Tayyip Erdoğan’s advice to keep families and the country together is simpler: Have three kids through natural birth. A less caring president would shy away from stretching his resources to all aspects of private life, but alas, our president has advice on everything, from which TV sitcoms to watch (not historical ones that show Ottoman sultans drinking wine and having sex) to what sort of tattoo one can have (none). He is also a firm believer in natural birth as opposed to caesarian (“a plot to make our women give birth to less kids” and “a ploy of money-hungry doctors”) and in keeping your daughters at home. But admittedly, his “three kids with natural birth” advice has a point: Spouses would be too tired and too harried to fight among themselves.

In the eyes of Bülent Arınç, the Justice and Development Party’s (AKP) most overexposed figure who can cry at the drop of a handkerchief or at the sound of the president’s voice, family happiness depends on the virtue of women. The ideal woman, he has said on several occasions, would blush delicately at an immodest word, much less utter them. His delicate soul was shaken to its core when an opposition deputy used the word “vagina” (as in, “The AKP should refrain from acting as the guards of our vaginas,” in the words of the deputy). Mr. Arınç also said in the past that women should refrain from laughing too loud or talking too much, creating international protests in which women took pictures of themselves laughing.

But, like everything else, we do not expect the state to do all. The entrepreneurial spirit is also there to tell us what makes a great marriage. In the capital, not too far away from parliament, I spotted Medea Family and Marriage Guidance and wondered why any such institution would choose the name of Medea, the Corinthian sorceress who avenged her husband’s betrayal by killing their two sons and setting fire to his new wife. I did not go in to ask just what sort of advice they were offering. Neither do I dare read the traditional agonizing Turkish column called Güzin Abla (which is now being penned by the original writer’s daughter, if not granddaughter) who used to offer “patience” to women, although the column has become more modern lately: It says that if a man beats you up, the way to happiness is to leave him (a direct contradiction of the recent message of the clergy who says beating makes women not only happier, but more beautiful, desirable and better toned…).

Even if you stay away from professionals, if you are a woman born in the 1960’s and 70’s, you must have had your full share of (un)helpful amateur advice on marriage and family life. I actually think that we did have a lesson on this (it was called home economics) in the posh American girl’s high school I attended in the 1970’s. I vaguely remember that keeping the family together was linked to “having a pretty table” with “a beautiful centerpiece.” Then the school became co-ed, so I suspect the next generations could not benefit from this quick-win.

I asked a close friend, two-times-divorced and about to marry her third, just what the most unhelpful marriage advice she ever received was.

“The best man for you to marry is the one your mother would approve of,” she said without a moment of hesitation.

“Is that unhelpful?” I asked.

“Yes,” she replied. “It makes you drop all the good men early in life out of a sense of rebellion.”