KEREM IŞIK PUSHES FAMILIAR TO LIMITS OF THE ABSURD 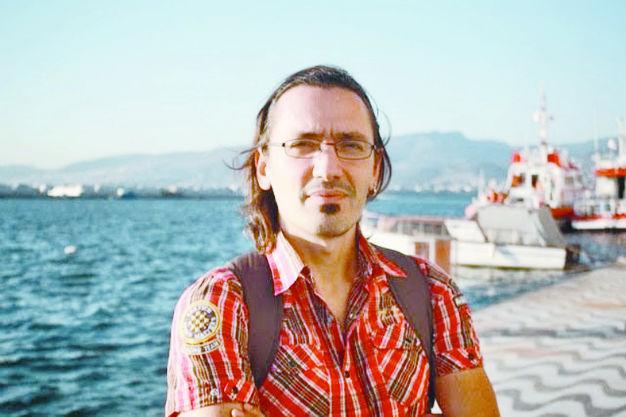 Kerem Işık pushes familiar to limits of the absurd2

The 38-year-old writer, who was awarded the Haldun Taner short story award two years ago, says he takes ordinary events and pushes them to the limits of absurdity. Some of the themes comes from real life, some are pure imagination and some are in between.

The first page of this book of short stories carries a quote from Shakespeare: “What fools these mortals be!” – a line from “A Midsummer Night’s Dream” where mischievous fairy Puck has played with the lives and emotions of two couples. Just like the two couples in the play, Işık’s characters are perfectly ordinary people who become victims of a situation caused by warped logic.

In one story, Rıza, who works as a monitoring officer for inconvenient social media messages, has 1.5 minutes to monitor and erase disturbing social messages by those in high public offices. He fails in this Herculean task when one of the chief advisers of the president starts sending offensive messages to a journalist and his department cannot erase them on time. Following this failure, his company wants to make him into a human sacrifice to reverse the bad luck that dogs his highly bureaucratic, procreating and inefficient organization.

In another short story, Rıfat, an employee of the “Cliché Production Center” struggles in vain to create great clichés that would motivate the public; acutely aware that the cost-cutting, gray office environment has robbed him of any talent that he possessed as a younger man.

Corporate life also receives its fair share of unforgiving satire from Işık: In Şi-Bu-Mi, (a reference to Trevanian’s novel but also an anagram of the Turkish expression “İş Mi Bu?/Is This a Job?), a corporate slave finds himself in the sugar-coated world of nicknames for senior management, company jargon and back-slapping conviviality, only to hide the vicious desire for profitability and expansion of the company.

In the Işıkian universe, it is a woman’s responsibility to “find the middle path” in the family so that the state’s “zero tolerance on divorce” can be carried out; an “Editorial Board” plans to re-write a short story on rape so that it will end with the raped woman living happily ever after with her rapist.

Those who enjoy the sharp irony in “Toplum Böceği/Community Bug” and “Iskalı Karnaval,” (both published by the prestigious Yapı Kredi Bankası Publications) are very likely to be surprised by the writer – an unassuming and soft-spoken man.  Meeting me at Bornova Forum, one of İzmir’s favorite malls, right after his post-graduate class on philosophy at Ege University, he talked about his path to becoming a writer after completing graduate studies on chemical engineering and studying physics in the United States.

Asked how he came to prefer satire as a method of self-expression, Kerem said: “I think it is inborn. For as long as I could remember, I liked looking at things with a sense of humor. The irony in my writing, as you called it, is not something I planned on. My writing has just evolved that way.”

The İzmir-born author made his entry into the literary world in 2010 with his first book “Aslında Cennet de Yok” (“Actually, there is No Heaven Either”). “My language was more lyrical then. Usually, with a first novel, the writer feels under pressure and tries too hard. Once you are published and the pressure is off, you relax and your style becomes more authentic,” he said.

Işık has been writing stories or essays for as long as he can remember. Then why go study engineering? “An enigma of the great pedagogical orientation of my high school,” he said in self-mockery. “On a more serious note, I think we were all under the pressure then to do positive science and secure a career.”

But his background may come in handy for his next novel – a futurist science fiction that will be a novel, rather than short stories. “When I write about science and design, I make sure that they are somewhat realistic, rather than pure imagination,” he said, giving a glimpse of the scientific-minded perfectionist.

“An author displays his darkest side in his writing,” said Işık. “You put yourself out there. It is a lonely profession – that is probably why I like being in İzmir, which is not the heart of the literary world and facilitates a certain solitude.”

Nevertheless, he does the regular “book signing” and “jury duty” for a short-story contest. “I do not think that writers have the luxury of being misanthropes,” he said. “You’ve already fully exposed yourself in your writing.”

What will the readers say about his dystopia a decade from now? “I hope they will find it totally strange. How horrible if they find it realistic,” Işık said.

He certainly has a point.

Published in the Hürriyet Daily News on May/05/2016