INTELLECTUAL BEACH: THREE DAUGHTERS OF EVE BY ELIF ŞAFAK IS HOT THIS SUMMER 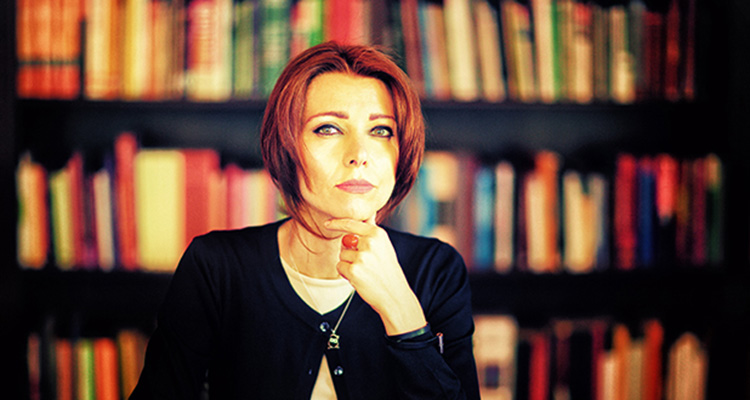 Three Daughters of Eve by Elif Şafak is hot this summer

Thank you, thank you Elif Şafak, for releasing a good page turner before summer. Otherwise, rich beaches are too depressing from a literary point of view, with women alternating between self-help and “bad romance” with the occasional Ayşe Kulin thrown in (please, please read HDN writer William Armstrong on Kulin); whilst men read the conspiracy theories of Soner Yalçın. Young generations keep their eyes dutifully on their screens, sending instances of happiness and exchanging info on beach celebrities.

On this Aegean beach known for its hard winds and high prices, three women separated by age, body shape and cut of their bathing suits, are engrossed in the same book: “The Three Daughters of Eve/Havva’nın Üç Kızı” – the most recent bestseller of Elif Şafak, arguably Turkey’s second best known writer in the international literary circles, after Orhan Pamuk. [email protected] Çeşme says that the book is one of the top of their lists - reflecting the overall trend in Turkey.

So what makes a book, which rotates around a lesson titled “God” in Oxford and has no love scenes, hot this summer?

It certainly is not the intro on the book jacket, a true cliché: “Şirin, Mona and Peri: Sinner, Believer and Confused. How can these three women, so different, come together? Be Friends? Or even sisters? … A charismatic man, a scandal and a love that was interrupted… to be revived years later.”

Fortunately, the book is much more interesting and rich than what the jacket promises: Peri, whose name means “fairy” in Turkey, is less of an angel than an amazed witness of a paradoxical world, where his father believes in the brotherhood of workers with the same blind faith her mother puts in God and hocas;  his kind and pensive brother is arrested in the middle of the night for possession of a gun he hid among her toys and a young bride is taken to a virginity test but, despite the humiliation and the angry words exchanged.

What makes the book so “loveable” (can books be lovable?) is the familiarity of the scenes and sentiments. In one memorable chapter, Peri, who finally metamorphoses from a questioning girl to an unquestioning middle-class housewife, snaps at a dinner party to the self-important conversation that is a mix of opportunism, misogyny and fascism, I felt like cheering at her words: “So are you saying that countries, like middle-ages housewives, should give up their dreams and settle for (the little) they have?” Which of us did not sit at a dinner that resembles a joke, where a CEO, a journalist and an architect did not talk condescendingly that “Western-style democracy being too much of a luxury for Turkey” and that the vote of uneducated people counted less?

The current Istanbul is described not only through dinners in the yalıs where paintings on the walls are real but women’s bags are expensive fakes; but the dangerous back-streets, where glue-sniffling vagabonds are willing to kill for a handbag; and the working class neighborhoods where loving in-laws can turn to enemies when “honor” is at stake.

But the heart of the story lies in the forgotten Oxford years of the Turkish girl, where her confusion on God, caused by a mother in blind faith and a father in total mockery of anything spiritual, is further enforced by her two best friends: the witty and scandalous Şirin and the deadly-earnest Mona. And of course, the professor who gave the lesson titled “God” -  an interesting workshop where the charismatic Prof Azur pushed, punished and challenged his students with the airs of Zeus and Sartre combined.

No, I will not spoil the end – but will just let you know that one of the girls kisses, one knew and one did not tell – whereas she should have. The rest is your reading.

Elif Şafak’s great talent lies in taking clichés (the middle-aged housewife in “Forty Rules of Love” or the large Turkish family in “the Bastard of Istanbul”) and leading them to strange twists that somehow un-clichés them. “Three Daughters of Eve” is the same.

“It was a book that was very difficult to write – the fact that I was tackling Turkey, faith, and God, made me sleepless at nights and in panic attacks during the day,” Şafak said. But the result is a book easy to read. Its post-effect, reflecting on the question of faith and knowledge, is another question.