SUMMER BACHELORS AND WOMEN WHO’D RATHER BAKE IN THE SUN 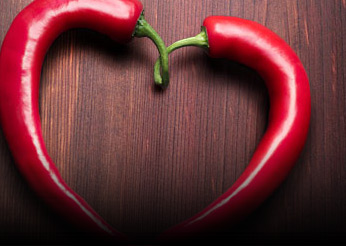 Summer bachelors and women who’d rather bake in the sun

“You never know where you would drop your pants,” says the advertisement, along with the picture of a man’s underwear and the address of a website that can be translated ashttp://www.myinternalaffairs.com.

A wise ad-man knows that sexual innuendos help sales, particularly if the product is not at all sexy. Don’t we remember the “energizer bunny” batteries with the slogan “Going, going, going, going?” Add a bit of politics to the sexual innuendo, and it is even better – like the underwear advertisement with an unauthorized image of German Chancellor Angela Merkel and the slogan “The country needs new underwear.”

This particular “Wherever I drop my pants” advertisement, plastered all over the sidewalks of İzmir’s posh Alsancak neighborhood, gives the impression of being a direct eyewink at the quarter’s famous “summer bachelors” – men who stay in town to work while their wives and children are in their summer house in Çeşme, a holiday resort forty minutes away from the city, throughout the summer.

“Take a tour in Alsancak in summer and in winter and you will see that the people whom you’d meet are different,” said an İzmir friend who wanted to help my orientation. True enough, in winter the streets, stores and cafes are filled with ladies who lunch, have a drink, take coffee between their exercise class and shopping or simply meet friends before they pop into the office or the fashionable boutique/pastry shop/designer’s store. Groups of women that look surprisingly alike, with the same shade of honey-blonde ringlets, tights pants, flat shoes and windbreakers, dominate the cafes of “Mustabey” street – İzmir’s reply to Abdi İpekçi in Nişantaşı.

As summer starts and schools close, the scene changes. Some of the boutiques start closing down with the sign “See you on Sept. 15,” as their elegant owners leave for the coast. In a very telling symbol of its integration to the İzmirian way of life, the French Cultural Institute announces French lessons will be available in Çeşme in July and August.

Suddenly, the tables at the chic cafes are taken up… by men. Men’s groups that look surprisingly alike; the same shade of greying hair, the same suntan from the weekends with family, the same colorful bermudas and the same moccasins dominate the same cafes.

The local business is less than delighted because fewer women mean less consumption.

“Honestly, I dread the summer months,” a cafe owner in downtown İzmir complained. “Women’s groups who lunch consume more and tip better. The people you call summer bachelors order beer and a hamburger – and tip little.”

So whatever happened to the idea of big spending summer bachelors who wine, dine and tip big with the hope of… er, “dropping their pants,” as the advertisement says? Where is the new generation of men who, like Billy Wilder’s misguided Tommy Ewell in “Seven Year Itch,” chase after Marilyn Monroe once their wife is out of town?

“A guy would need to be pretty stupid to bring his girlfriend to the same restaurant where his wife is a regular,” says the wise waiter. “Perhaps if you inquired in different neighborhoods, madam…,” he coughs discreetly.

The fish restaurants are happier about the trade (large male groups left in town tend to splash on raki and fish dinners) but they prove hardly more helpful on the misadventures of the summer bachelors.

“They come here in huge groups, order too much, drink too much, complain of the food and prices too much,” repeated another waiter. “Then they leave to watch national soccer league matches. The summer is very bad business in the weekends because that is when even the men leave town to join their families in Çeşme.”

Meanwhile, the lady of the house, having enjoyed July and August on the coast, probably had more fun. Decisively telling her husband that her extended stay was “for the sake of children,” she continued her social life with “the other girls” on the beach clubs during the day, teas and cocktails in the jazzy Alaçatı cafes and lounges in the evening. I am told that youthful moms and teenagers occasionally run into each other in Paparazzi – a classic hang-out which has combined good views, good drinks and good music for the last thirty years. It is likely that her set of helpers, from her hairdresser to her personal trainer, from the favorite patisserie to the butcher, were also in Çeşme in the hot summer months.

I politely refrained from reminding her that İzmir has the second highest divorce rate after Antalya. Though I am pretty sure that it has nothing to do with baking a börek…
September/01/2015