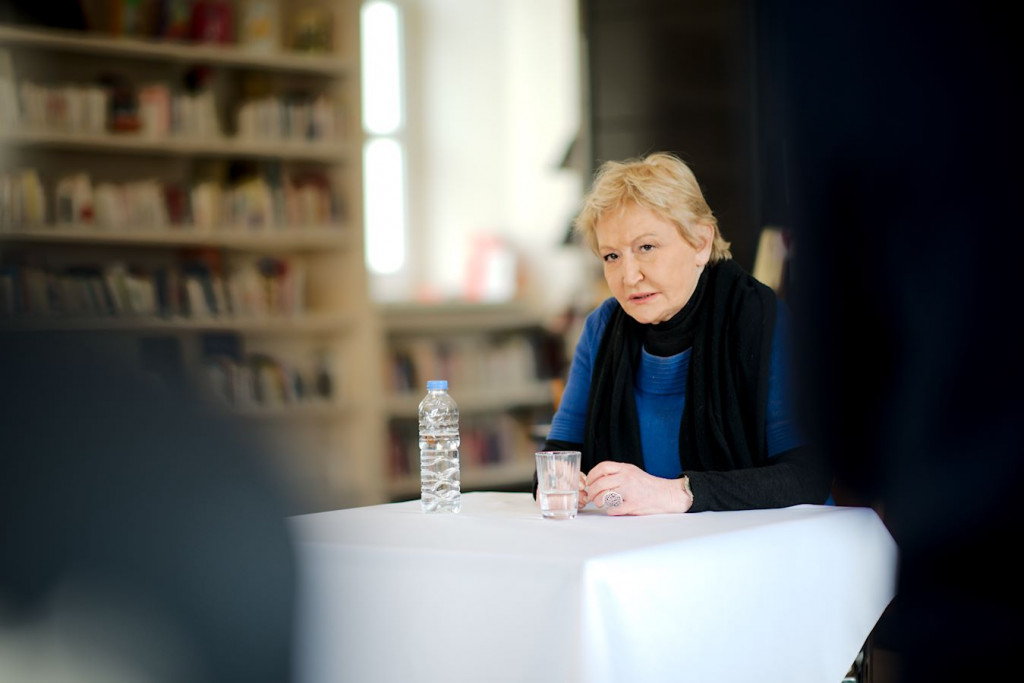 For the sake of my youthful love of the writer Pınar Kür, I will forget that her last book “Sadık Bey” – written after a silence of ten years – exists. If anybody asks, I have never read it and I still think of Kür as the brilliant creator of/writer for angry young women, not impotent old men.

People you have loved in your twenties often tend to be total disappointments when they re-appear in your life three decades later - should they ever be courageous and/or foolhardy to do so. Same, unfortunately, applies to most writers you admired in your youth.

That’s why I should have kept away from the last novel of Pınar Kür, the creator of imperfect-but-still-likable heroines; the restless fighter against the cliché; the secular feminist who, like Bernard Shaw’s “Black Girl” was very good at smashing icons with her knobkerrie.

I spent by teens and twenties reading of through her books, “Küçük Oyuncu/The Mediocre Actor” “Yarın, Yarın/Tomorrow, Tomorrow” or “Asılacak Kadın/Woman to Hang,” I thought the writer herself was the quint-essential Angry Young Woman- and everything I have seen about her – interviews she made, a TV programme, her trial due to her words that covered women, like sex idols, objectified themselved – enforced my belief.

Pınar Kür always had a knack for creating sharp-minded women characters who had a chip on their shoulders – mostly a story of rape, violence or harassment: A writer who plots a complicated murder to revenge his rapist; a bored housewife who will throw herself into a revolution for redemption, an actress in her prime who tries to forget the older man who abandoned her by sleeping around… Kür’s heroines had a sharp intellect, artistic talent and sufficient anger and angst to make life miserable for those around them.

Almost all were socialists; most were linked to the theatre world one way or another (Kür’s first husband was an actor, with whom she lived in Paris and studied in Sorbonne in the 1960’s) and almost all of them despised most men – except one, who happened to me more despicable than all others put together. Kür’s women were always wrong about men, but their stance about anything else was more-or-less very admirable.

Kür’s books were able to bring to life very accurate portraits from life: the military coups, the Anatolian land-owners whose sons used the family funds to lead decadent lives in Istanbul; the egocentric fading stars of theatre and the opportunist theatre managers; the caviar socialists who tried to “educate” working classes with their ideals picked up in Sorbonne; the poor girl from the village who became the play thing of a senile pervert; the flabby mathematician who lost his sense of purpose… But she excelled in two sorts of male characters who kept surfacing in her novels and short stories: the romantic but useless and selfish artist and the upwardly mobile, ambitious and amoral businessman.

So yes, in a typical Pınar Kür story, you sympathised with the heroine and despised the men – the artistic weakling and the hungry businessman. Somehow, it was the women – even the helpless and the materialistic – seemed to have more integrity than the men in the story. Pınar Kür herself gave the impression that she was always on the side of the women – although like Dorothy Parker, she could not resist the temptation to take jabs at them.

That is why, perhaps, I was unpleasantly surprised by her latest book, “Sadık Bey” (Mr Sadık – the name means loyal in Turkish). The novel came after a long period of quiet by Kür, one of my favourite writers when I was in my twenties. It also signalled a change of style. Somehow, the anger, so typical of Kür, was there but something of the sharp satire was missing.

The story revolved around the relationship between quiet Sadık and the flamboyant and ambitious Ertuğrul throughout their childhood, youth and professional life. It ends with the unsavoury Ertuğrul tricking Sadık and firing him from the company he helped built.

“The book came out of my fear against the brutal capitalism that invaded our country… The present times when power is the only criteria and money the only value. It was my panic-attack that created Sadık Bey, the loser,” she said.

The only problem is that you get the feeling that Sadık Bey is a loser simply because he could not be bothered to do anything, right or wrong. The guy is not immoral, but amoral – he was too lazy to reflect on morals – a far cry from the heroines that we grew to like with Kür- bundles of pent-up energy and frustration. Sadık bey lacks the energy for remorse, had it not for the awful cliché of a young man who comes to haunt him.

For the sake of my youthful love of Pınar Kür, I will forget the book “Sadık Bey.” If anybody asks, I have never read it and I still think of Kür as the brilliant creator of angry young women, not impotent old men.